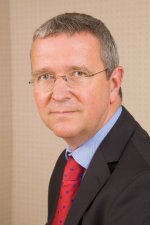 Nigel Holdcroft is a solicitor and partner in the firm of Tolhurst Fisher where he heads the Litigation & Matrimonial Department. He lives in Leigh and is married with 2 daughters in their twenties.

He spent 14 years as a Southend Borough Councillor representing West Leigh - the ward in which the School is located. From 2007 to 2014 he was Leader of the Council during which time the Town won the prestigious "Council of the Year" award, and he played an important role in encouraging practical and financial support from the Council to the School during its redevelopment.

Nigel has always had an interest in education and was previously Chairman of Governors at a local junior school and at a local infant and nursery school. He is currently President of Southend West Conservative Association.

About Us History Directors